Judge Shows Sympathy for the Devil 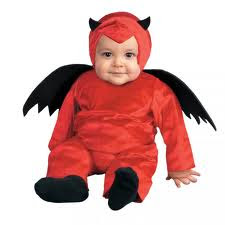 A Brooklyn teacher who was fired after calling her students the “devils spawn” on Facebook said she was eager to return to class after a Judge ordered that she be reinstated, according to the Daily News.

Obviously, this is lunacy, especially because she also said on Facebook that she wouldn’t throw a lifejacket to a drowning child.

But I bring this up to ask a question. Obviously, you can’t get fired for calling children “Devil Spawn” but think about this – if that teacher came into school and told the children, “You are each God’s little precious angels,” would she be fired then? And would some liberal judge order her reinstated?