Wyoming May Buy Its Own Aircraft Carrier? 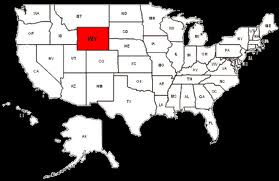 This is the oddest news I’ve seen all day. Wyoming, in preparation for some kind of doomsday wants to buy an aircraft carrier. I’m not kidding. They want to buy a lot of other stuff but aircraft carrier was the one that jumped out at me.

State representatives on Friday advanced legislation to launch a study into what Wyoming should do in the event of a complete economic or political collapse in the United States.

House Bill 85 passed on first reading by a voice vote. It would create a state-run government continuity task force, which would study and prepare Wyoming for potential catastrophes, from disruptions in food and energy supplies to a complete meltdown of the federal government.

The task force would look at the feasibility of Wyoming issuing its own alternative currency, if needed. And House members approved an amendment Friday by state Rep. Kermit Brown, R-Laramie, to have the task force also examine conditions under which Wyoming would need to implement its own military draft, raise a standing army, and acquire strike aircraft and an aircraft carrier.

Hey, I’m all for a little doomsday preparation. I’ve got some canned goods and some flint to make a fire. But I’ve gotta’ admit I didn’t think of an aircraft carrer. My only question to Wyoming is…uhm…where you gonna’ put it? Unless you’ve also got a provision for some pretty big wheels, I don’t see much coastline surrounding Wyoming.

Unless they’re planning on making everything west of them to California just western Wyoming. In that case, maybe it’s not such a bad idea.