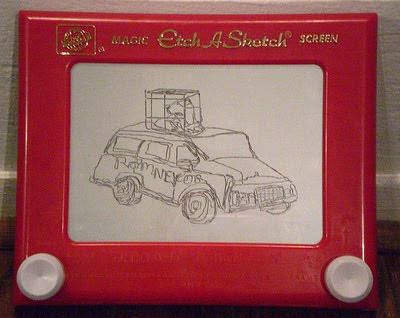 This is exactly the kind of thing that scares the heck out of me about Mitt Romney. I’m thinking Mitt’s advisor here on CNN is telling the truth when he says that everything Mitt says in the primary is written on an etch-a-sketch.

HOST: Is there a concern that Santorum and Gingrich might force the governor to tack so far to the right it would hurt him with moderate voters in the general election?

ERIC FEHRNSTROM: Well, I think you hit a reset button for the fall campaign. Everything changes. It’s almost like an Etch A Sketch. You can kind of shake it up and restart all over again.

The weirdest thing is how nobody on the panel freaks out about what the dude just said. He essentially said that once he gets the nomination, you can erase all the campaign promises he made.

Two things:
1) Fehrnstrom was telling the truth.
2)I’m pretty sure Mitt won’t be sending Fehrnstrom to speak on his behalf anymore.