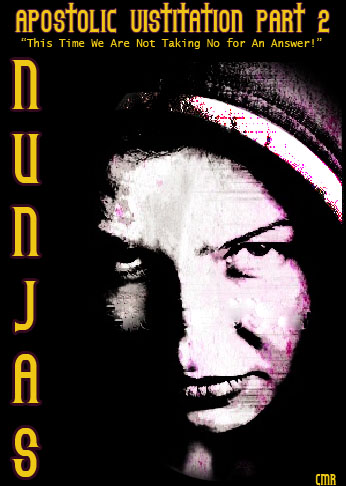 It just keeps getting better.

VATICAN CITY (CNS) — Citing “serious doctrinal problems which affect many in consecrated life,” the Vatican announced a major reform of an association of women’s religious congregations in the U.S. to ensure their fidelity to Catholic teaching in areas including abortion, euthanasia, women’s ordination and homosexuality.

Archbishop J. Peter Sartain of Seattle will provide “review, guidance and approval, where necessary, of the work” of the Leadership Conference of Women Religious, the Vatican announced April 18. The archbishop will be assisted by Bishop Leonard P. Blair of Toledo, Ohio, and Bishop Thomas J. Paprocki of Springfield, Ill., and draw on the advice of fellow bishops, women religious and other experts.

The LCWR, a Maryland-based umbrella group that claims about 1,500 leaders of U.S. women’s communities as members, represents about 80 percent of the country’s 57,000 women religious.

The announcement from the Vatican’s Congregation for the Doctrine of the Faith came in an eight-page “doctrinal assessment,” based on an investigation that Bishop Blair began on behalf of the Vatican in April 2008. That investigation led the doctrinal congregation to conclude, in January 2011, that “the current doctrinal and pastoral situation of LCWR is grave and a matter of serious concern, also given the influence the LCWR exercises on religious congregation in other parts of the world.”

Time for them to take their yoga mats pant suits packin’. Matt and I wrote about the secret investigation. Nunjas don’t take crap.