Cherie Blair “Dangerous For Moms To Stay At Home”

All evidence to the contrary, Cherie Blair “says it’s ‘dangerous’ for women to stay at home to look after their children, who benefit if their mother works. “ 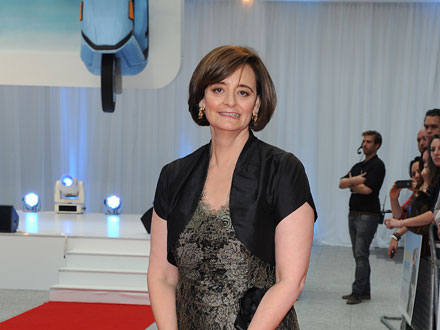 Well, Cherie Blair has sounded off again, in her usual arrogant Left-wing elitist manner: this time giving us an almost archetypal specimen of feminist hostility to traditional marriage. It is also another specimen of hostility to what the Church thinks about marriage, and thus of her own very odd brand of secularised Catholicism-lite (she and her husband, of course, are notoriously great pals of Hans Küng).

Last week, at an international conference of “most powerful women”, organised by Fortune magazine, she explained that mothers who gave up work in order to concentrate on bringing up their children were making “a dangerous mistake”.

“Every woman needs to be self-sufficient”, she said; “and in that way you really don’t have a choice – for your own satisfaction; you hear these yummy mummies talk about being the best possible mother and they put all their effort into their children. I also want to be the best possible mother, but I know that my job as a mother includes bringing my children up so actually they can live without me.”

Mamas don’t let your babies grow up to be mamas.

I am stunned that this topic keeps coming up. I thought that the tide had turned at that most people are growing increasingly appreciative of the role of Mom at home. I still think this is true. Just, perhaps, not among the liberal elite.