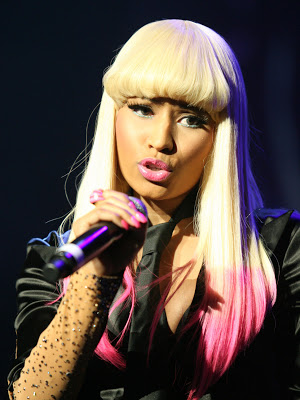 Normally when a big pop star endorses a Republican, Republicans see it as good news and indicative that said pop star has some intelligence.

This is NOT one of those times.

The pop star, rumored to be a new judge on “American Idol,” also took a shot at President Obama on the eve of the Democratic convention.

“I’m a Republican voting for Mitt Romney, you lazy b**ches are f—— up the economy,” she rapped on “Mercy,” the fifth track on the Lil Wayne’s “Dedication 4” album

Um. Young lady, you are not helping.