The Million Muppet March To Save PBS Funding. Seriously. 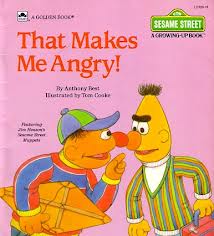 Oh my. Is this what it’s come to. There’s going to be a Million Muppet March on D.C. to protest Mitt Romney saying he’s going to cut PBS funding.

The muppets sound like they’re getting angry which is kinda’ weird for an industry that makes hundreds of millions of dollars on merchandising. They have an amusement park for goodness sakes! Why are they so angry? I love how those in support of continuing taking your money to fund people who put their hands in socks and make funny voices keep insisting that it’s no big deal to give a measly few hundred million to them. But if it’s so measly why are they so afraid of losing it? Why so angry, huh?

U don’t think PBS is behind this but I’ve got to tell you, I think the images of this march will be gold for Romney. Pure gold. It’ll show the complete unseriousness of the left. Romney should take pictures of this and run them as an ad.

Freedom Outpost reports that the demonstration is planned for Nov. 3 at the National Mall in Washington, D.C., three days before the general election.

I hope there won’t be any rioting. Because as much as I want to see Elmo and the gang stand on their own two feet I don’t want to see this: