Daughter Punished with Silly Pics of Parents on Facebook 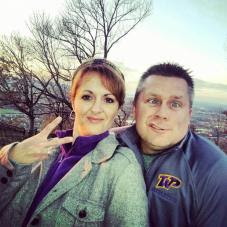 These two may be the greatest parents ever.

I know that just by looking at that picture you might not think it but you have to understand the context. And the context is awesome.

two parents from Wisconsin took away their daughter’s cell phone after she disobeyed them. Afterwards, the parents took pictures of themselves in embarrassing poses and then posted them to their daughters Facebook account.

To add insult to injury, the girl’s brother then posted one of the images to reddit, a social news website, where users can openly comment and rate posts submitted by users.

When a reddit user asked the sibling what his sister did to deserve the punishment he replied, “She got fresh with one’s [parents] in the pic.”