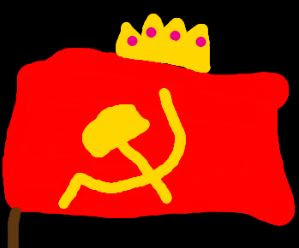 According to txcscopereview.com, a lesson plan for 6th graders in a public school government tasks the children to create a flag for a socialist country. Here’s what it said exactly:

This is the example of the kids’ created flag:

Sheesh. How stupid kids are today? It’s almost like schools aren’t teaching them anything anymore.