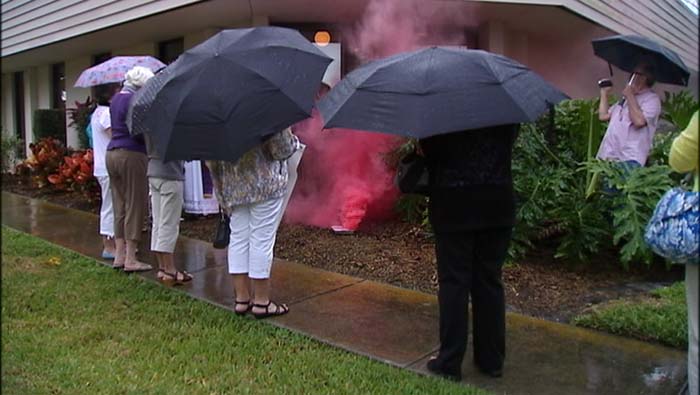 The media has found their story. In light of the silence from the conclave, the media is running stories on protests such as the one in Florida where a few senior citizens in Florida protested the all male conclave by blowing pink smoke, you know, instead of the white smoke from the Vatican. They prayed for a “progressive pope.

And I’m sure they also prayed for a good parking spot at the Old Country Buffet at 3:30 when they go eat pudding.

And then there’s this one which they call an international gathering but it’s about six women blowing pink smoke.

Mind you, the same media ignores the March for Life every year where hundreds of thousands of people walk right through the heart of our nation’s capitol but some batty broads gather on the side lawn of their senior center and it’s news?