Crazy: 1 Suspect Dead The Other On Loose 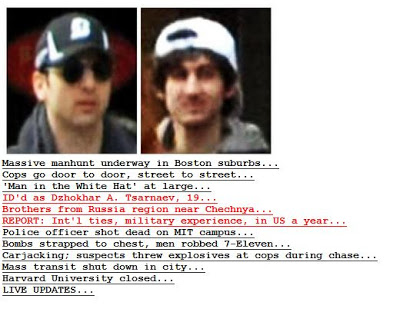 NBC reports “The suspects are brothers with the last name Tsarnaez, law enforcement
officials told NBC News. The suspect on the loose is 19 and has a
Massachusetts driver’s license, they said. Law enforcement officials
told NBC News that both men had international ties, had been in the
United States about a year and had military experience”