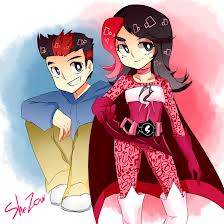 The Hub, the network co-owned by Discovery and Hasbro, is announcing its latest superhero for kids – a 12 year old boy named Guy who transforms himself into a super-powered girl by saying the outdated catchphrase “You go girl.”

Suggestion for parents, if your boy dresses up as SheZow for Halloween, you should probably have already enrolled him in some self defense courses, preferably something to train him to take on large groups of 7 year old boys at one time.

I wouldn’t worry too much. I’m pretty sure the ratings won’t be too fabulous.