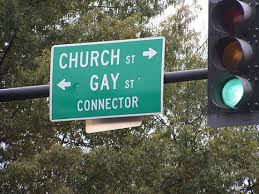 These two are now my favorite gay couple…evah! This English dude and his lova’ are suing to force Churches to perform his gay wedding.

Why? Why, you ask? I give mad kudos to the dude for his explanation. He said plainly, “I am still not getting what I want.”

Bam. You don’t get much clearer than that.

Wealthy gay dad, Barrie Drewitt-Barlow, says he and his civil partner Tony will go to court to force churches to host gay weddings.

He told the Essex Chronicle that he will take legal action because “I am still not getting what I want”.

A Government Bill legalising gay marriage passed Parliament recently but it included measures to protect churches from being forced to perform same-sex weddings.

Mr Drewitt-Barlow said: “The only way forward for us now is to make a challenge in the courts against the church.

“It is a shame that we are forced to take Christians into a court to get them to recognise us.”

He added: “It upsets me because I want it so much – a big lavish ceremony, the whole works, I just don’t think it is going to happen straight away.

“As much as people are saying this is a good thing I am still not getting what I want.”

This will not stop until Christianity stops being so…Christian. And more fabulous. Expect the Anglicans to issue a press release within a few hours ceding to their demand.