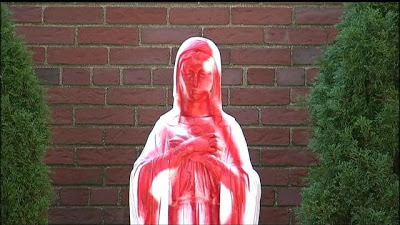 A man was arrested for vandalizing several religious statues at Catholic Churches throughout in Brooklyn as well as painting “No” on the door of a parish. He also vandalized a Jewish center, according to Fox News NY.

Detectives reportedly plan to charge the suspect with a hate crime.