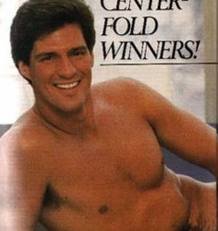 Hey, you know who conservatives really need to run for President? A Massachusetts Republican. No, this is not a flashback.

Former Senator Scott Brown is considering running for president. Just what we need. A Republicans who is pro-abortion rights and believes gay marriage in his home state is “settled law” and won’t say another word about it no matter how you phrase the question.

Brown appeared at the Iowa State Fair Sunday. With refreshing disregard for political custom, Brown made it clear why he was visiting Iowa.

“I want to get an indication of whether there’s even an interest, in Massachusetts and throughout the country, if there’s room for a bipartisan problem solver,” Brown told the Boston Herald Sunday. “It’s 2013, I think it’s premature, but I am curious. There’s a lot of good name recognition in the Dakotas and here – that’s pretty good.”

Chances of this happening are way past slim and closer to none. But be prepared for the media to use Brown’s possible candidacy as a cudgel to browbeat pro-lifers and defenders of traditional marriage. Often.

Hopefully, Republicans won’t allow themselves to be cudgeled by the media into supporting a candidate in the primary who just should not be taken seriously.

I think you lose the right to be taken seriously once you pose like that.