Theology Prof: “There is No One Catholic Position on Abortion.” 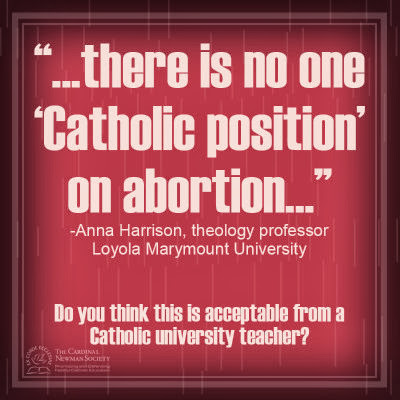 This is awful. Just what we need – Nancy Pelosi logic from the theology department of a Catholic University. And people wonder why so many young people don’t understand the faith. Wonder no more.

You can check out the story at Catholic Education Daily or Cardinal Newman’s Facebook site.