Hey, Atheists We Tried It Already, It Doesn’t Work 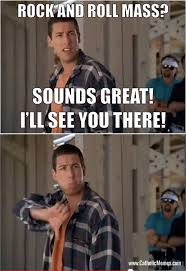 The subhead promises that the atheist church promises “All the best bits of church, but with no religion, and super pop tunes.”

Ha! We tried that already for like the past forty years. It doesn’t work.