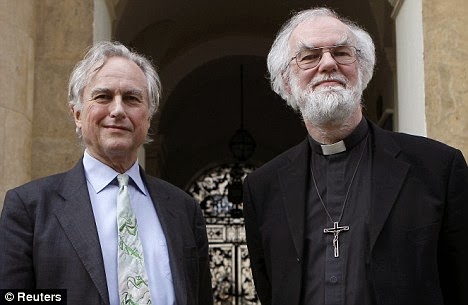 Hey, you don’t get a better blurb than that if you’re pope. Militant (and let’s face it, a bit loony) atheist Richard Dawkins says Pope Francis is “dangerous” because he’s “nice.”

When enemies of the Church don’t like the pope that’s good news.

You know what, I’ll worry when Dawkins like the pope and is willing to pose with him all buddy-like.

Previously, you might recall that Dawkins called the Catholic Church “the greatest force for evil in the world.”