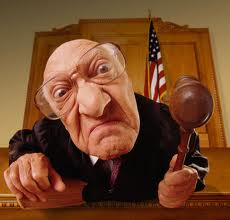 A U.S. District Court judge in Texas has struck down major parts of the abortion law that was signed by Governor Rick Perry, according to news reports.

Judge Lynn Yeakel, a George W. Bush appointee, wrote in her opinion, “The admitting privileges provision of House Bill 2 does not bear a rational relationship to the legitimate right of the State in preserving and promoting fetal life or a woman’s health and, in any event, places a substantial obstacle in the path of a woman seeking an abortion of a nonviable fetus and is thus an undue burden to her.”

That’s outrageous and will almost certainly be used in other states that have passed similar legislation demanding abortionists have privileges at nearby hospitals.

She said that the law violated Casey vs. Planned Parenthood because it placed an “undue burden” on the woman. Here’s the thing though, these laws were passed for the protection of women. But you see, the safety of women is secondary to abortion.

Gov. Perry has vowed to fight the decision.

So judges do what Wendy Davis couldn’t get done legislatively. This is disgusting. The people no longer have a say on the issue of abortion. We haven’t had one for decades.