Daily Beast: The Pilgrims Would Like Totally Hate Conservatives…Or Something. 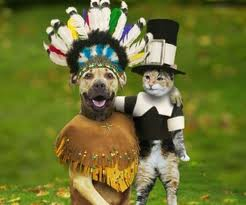 This is just too awesome.

Sally Kohn of the Daily Beast writes that when the pilgrims first came to the new world they weren’t seeking freedom OF religion, they were totally about freedom FROM religion. And they would like totally hate right wing Christian nutjob types for refusing to be forced to provide coverage of abortifacients.

To put it mildly, our forbearers would be appalled by how right-wing conservatives are trying to use government to force their religious views on all of us.

Make no mistake, this is what Hobby Lobby wants to do—use government to push a conservative religious agenda. After all, Congress passed the Affordable Care Act, signed by the President and deemed constitutional by the Supreme Court, which would among other things ensure that all health insurance plans in the United States offer basic levels of coverage, including coverage for contraception. That is a secular goal rooted in basic principles of public health as well as economics (that it is more cost effective to cover birth control than maternity care and pediatric care) not to mention a basic respect for a woman’s right to control her own reproductive choices. And the law provides for individual freedom *of* religion—individuals are, of course, free not to access contraception, and religious institutions are even exempted from contraception coverage requirements.

Firstly, wasn’t it just this week that a Planned Parenthood official admitted that birth control hasn’t brought down the number of unintended pregnancies at all? Guess the Daily Beast missed that memo.

Secondly, you’ve got to love the fact that the federal government is forcing their secularist agenda down our throats and then by refusing we’re accused of imposing our religious beliefs on others.