A Whole Country of Children Gone 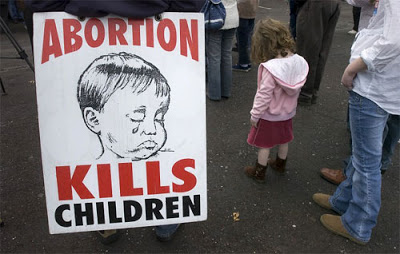 Since Roe v. Wade, a whole country worth of children has erased from this world. Lifenews reports that since the legalization of abortion in America, over 56 million children have been aborted just in the US.

In context, that is 10 million more than the entire population of Spain.

Given the trends seen in recent national reports, National Right to
Life now believes that there have been over 56 million abortions since
1973.
One critical piece of evidence in that calculation arrived
in November of 2013, when the U.S. Centers for Disease Control (CDC)
reported its latest national figures. It was important to find out
whether the drop in abortions for 2009 seen by the CDC–4.6%–would
continue in 2010. If it dropped again, we’d have some confidence that
the 2009 figure wasn’t just some odd statistical aberration, that there
really was some real and significant decline. It did.
As reported in NRL News Today, abortions for 2010 declined another 3.1%, according to the CDC.
We
typically like to compare and confirm those trends with data from the
Guttmacher Institute, the former special research affiliate of Planned
Parenthood which publishes its own private study.