An Idea for the Lego People: Edible Lego’s? That Would Really Help. 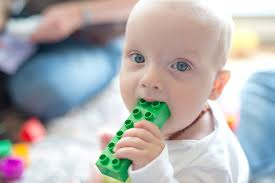 We just had our little nieces and nephews over. They’re aged six months,2,and 3. Mix that with my kids starting at age 6 and up and things can get ugly.

Suggestion to the LEGO people. Why not just make LEGO’s edible. Huh? Wouldn’t that save parents an awful lot of worry? A partnership with the gummy people maybe?

I’m not talking about those big fat ones. I’m talking those small trachea sized ones that my son builds all sorts of armored vehicles with for his action figures.

Oh, and one more thing. How about you think about making the edges softer so when I step on them in the middle of the night, it’s not the most searing pain in the world that makes me scream like a little girl. I mean, I guess I could just teach my kids to responsibly pick up their LEGOS off the floor but let’s face it, that’s not going to happen.

I told my 8 year old son that his aunt was still inspecting every diaper and looking for LEGO pieces. He said good and then asked if she could send him back the pieces she finds.

I doubt that’s going to happen. And I’m darn sure I don’t want it to.