Musings of a Former Zygote 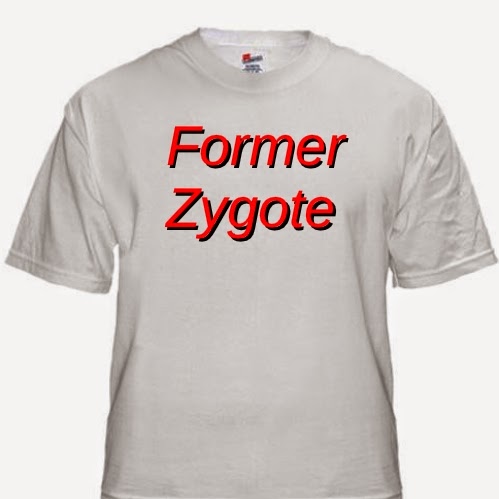 I am a former zygote. If you are not familiar with biology terminology, a zygote is the first cell that results when gametes (sperm and egg) fuse in sexual reproduction. I teach biology to homeschool students and we discover that many organisms begin as zygotes. Any organism that reproduces sexually starts as a zygote. Humans are just one of many.

The denial of basic human biology is ubiquitous. Like most things when discussed in the abstract, it is easy to deny the humanity of just any human zygote.

But when speaking personally, we cannot help but acknowledge that we all are former zygotes. A secular children’s book on the biology of human reproduction from my local library reads:

“But nine months before, when you first began, you were just one little cell, even smaller than the dot at the end of this sentence. Half of this cell came from your mother’s body, and the other half came from your father’s body.”

No parent ever explains to their child that his or her life began at some amorphous moment that happened after about 20 weeks of hanging out as a non-human mass in mommy’s tummy.

A child knows when human life begins; when their life began. Even child knows they are a former zygote.

Imagine my surprise when Matt Archbold linked to an article in Slate that was supposed to paint the human fetus as a parasite (ironically written as a tribute on Mother’s Day) and the author clearly identifies her origin as a zygote. Rebecca R. Helm wrote:

It all started when I was a zygote.

Congratulations Rebecca Helm! You are a former zygote. You are a continuous organism that began with conception. Thank-you for acknowledging your humanity even at the very earliest moments of your life.

I once stumped a genetics colleague in a discussion about abortion when I asked him when he began. Once full of abstraction, he stammered with nothing to say. When I pointed out that he, as a genetically distinct organism, came into existence at the moment fertilization was complete, he could not disagree.

I have a thing for geeky t-shirts. I use them as an education tool for my students. I think I might make one of these and wear it around. Maybe, just maybe, it will remind all of us of our very humble, yet very human, beginnings.