Entering the Bionic Age: Why Be You, When You Can Be New? 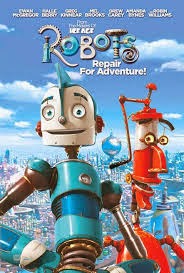 A whimsical animated children’s movie that came out in 2005 may be one of the most prophetic films of our time.

Robots, featuring the voice talents of Robin Williams and Ewan McGregor, is the story of Rodney Copperbottom, a young robot adept at building and fixing things. He goes to the big city to meet his idol, the head of Bigweld Industries, Mr. Bigweld.

The robots who could not afford these new upgrades were left without any options for repair. As they broke down, they were relegated to the junk heap and eventually melted down.

How is a movie about robot spare parts and upgrades prophetic?