On Your Knees, Punk! Bishop says Ditch The Bow 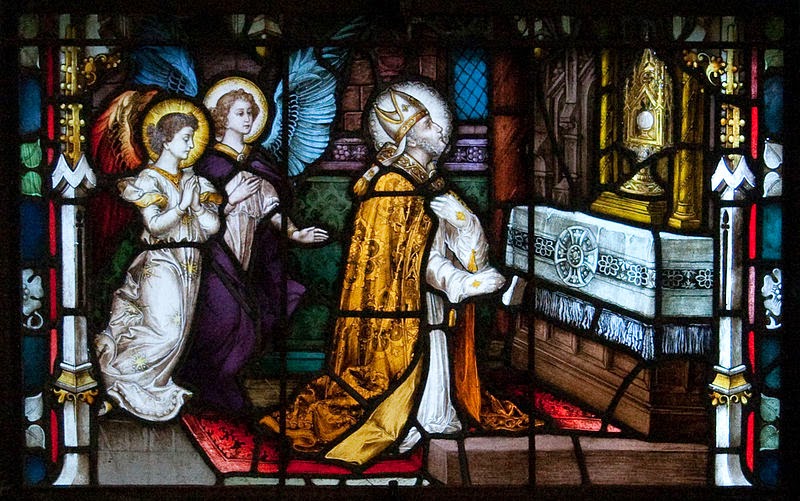 Bishop Paprocki of the Diocese of Springfield has issued a pastoral letter in which says that a bow before the tabernacle is only appropriate if you cannot genuflect. So if you are in reasonable health, get on your knees, punk!!

To bend the knee

28. In recent years, there has arisen the practice of bowing to the Lord present in the tabernacle, rather than genuflecting before him. Such a profound bow — made purposefully and reverently from the waist — can be a fitting way to reverence the Divine Majesty, but only if one cannot genuflect, which is not always the same as having some difficulty genuflecting.

29. The General Instruction of the Roman Missal provides that “if, however, the tabernacle with the Most Blessed Sacrament is situated in the sanctuary, the Priest, the Deacon, and the other ministers genuflect when they approach the altar and when they depart from it, but not during the celebration of Mass itself. Otherwise all who pass before the Most Blessed Sacrament genuflect, unless they are moving in procession. Ministers carrying the processional cross or candles bow their heads instead of genuflecting.”17

30. To genuflect means, literally, “to bend the knee.” In the ancient world the knee symbolized the strength of a man. If a man is struck in the knee, he stumbles and falls; his strength is taken from him. When we genuflect before the Lord, our strength is not taken from us; rather, we willingly bend our strength to the Lord and place ourselves humbly in his service. When we bend our knee to the Lord of heaven and earth we should hear the words of the Psalmist ever in our hearts, “Lord, I am your servant,” remembering that before the Lord every knee must bend (Psalm 116:16; cf. Philippians 2:10).

31. I must note here, that as important as the Eucharist is to the Church, and that the proper reverence to the Blessed Sacrament is “to bend the knee,” to genuflect, it does not replace another reverence made by all between the opening and the closing processions. During Liturgy between these processions, all who enter or leave the sanctuary, or who pass before the altar, make a deep bow, a bow from the waist toward the altar. Neither a deep bow or a genuflection is made to the tabernacle within the Mass between the opening and closing processions.18

32. In order to keep these words in our hearts and put them into practice, it is helpful to be purposeful and deliberate in the moment of genuflection. One may avoid a hasty and irreverent slide through an attempted genuflection by consciously touching the right knee to the ground and humbly pausing momentarily before rising again. In doing so, we not only pay proper respect to the Lord, but we also remind ourselves in whose presence we are.

Amen and amen. Thank you, Your Excellency.