Oops, Pro-Life Group Does It Again 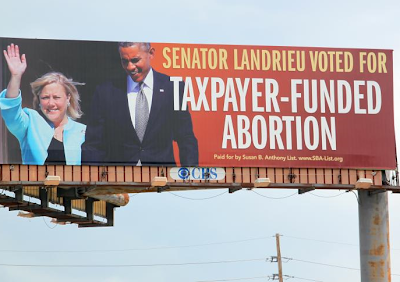 You might recall the nasty, long, unnecessary and still ongoing legal battle that the Susan B. Anthony List (SBA List) found itself in after former Rep. Steve Driehaus lost his re-election bid and blamed the pro-life group for his “loss of livelihood.”

He blamed the SBA-List because they accurately pointed out that he voted for Obamacare which included taxpayer funding of abortion. Driehaus was attempting to sue the SBA-List out of existence. SBA-List president Marjorie Dannenfelser called it “a protracted legal battle that was taxing on our resources and should never have happened in a country.”

So what does the pro-life group go and do again after the dogs of war have been unleashed on them? This:

C’mon. You’ve got to love that.

Truth is truth. Whether or not those in power want it to be truth.