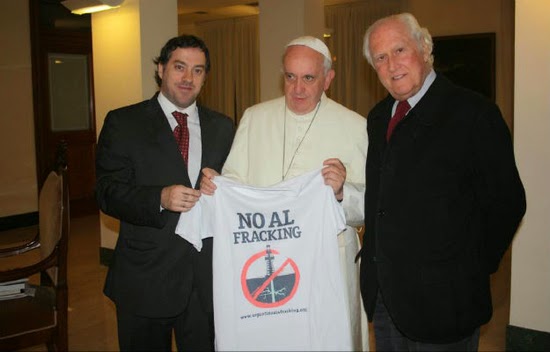 You know what is coming, right?

VATICAN CITY (AP) — The head of the U.S. Environmental Protection Agency met Friday with Vatican officials who helped draft Pope Francis’ upcoming encyclical on ecology, evidence that the Obama administration is seeking to hitch its climate-change message onto that of the popular pope.

EPA Administrator Gina McCarthy told reporters that her aim in visiting was to show the Vatican how aligned President Barack Obama and Francis are on climate change. She said she wanted to stress that global warming isn’t just an environmental issue, but a public health threat, and yet also a chance for economic opportunity.

McCarthy went on to say:

(Reuters) – The head of the U.S. Environmental Protection Agency said on Friday she hoped Pope Francis’ upcoming message to his flock on the environment would help galvanize concern about climate change and convince skeptics that “the science is real”.

Cuz that is what Popes do, right?  Science?