Weird How the U.N. Doesn’t Seem to Want to Destroy Boko Haram But Is Intent on Killing Their Unborn Children 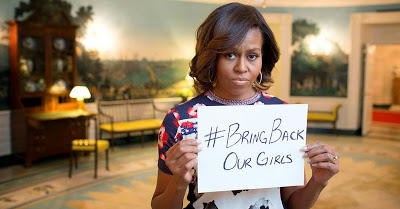 The Society for the Protection of Unborn Children is saying that the United Nations Population Fund (UNFPA) has been pushing for abortions through its “counseling” outreach to the women.

“UNFPA is one of the leading international groups promoting abortion in the developing world. It is sending huge numbers of reproductive health kits to displacement camps in Nigeria where women rescued from Boko Haram have been taken,” the group said, according to LifeNews. “The term ‘reproductive health’ is used to cover a range of interventions including abortion. SPUC fears that these emotionally vulnerable, malnourished women will be pressured into aborting their babies.”

As we all know, hundreds of women, including many young girls, have been rescued from the clutches of Boko Haram by the Nigerian Army. Many of them are pregnant. UNFPA has sent hundreds of “reproductive kits” to the displacement camps in response. We all know what that means.

It’s strange to me that their pregnancies launches the left into action but their kidnapping, rape, and mutilation get this: