Confused About Brexit? Christianne Amanpour is Mad So It Must Be Good 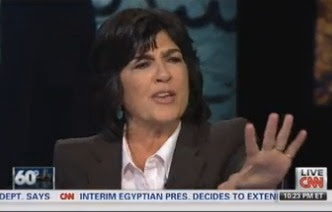 I really didn’t know enough to root one way or another on the Brexit vote. But I saw that Christianne Amanpour seemed displeased by the vote so I figured the good guys won. Displeased doesn’t actually cut in. She was Mrs. Doom and Gloom last night speaking in apocalyptic terms about the Brexit vote.

So in short, Matt’s rule for issues he doesn’t know about: Matt’s support is equal in countermeasure to Christiane Amanpour’s dour frown.

(Here she is, angry about something else entirely.)