Christian Mother of 7 Hacked to Death in Nigeria. 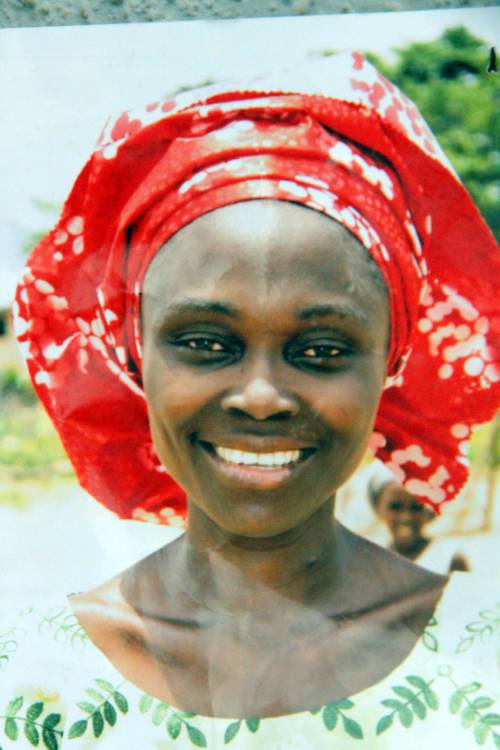 This woman, a mother of seven, was a very active Christian preacher in Nigeria. Now, there’s some reports that she was hacked to death and her head placed on a Bible. It is suspected she was killed by Muslim fanatics. You don’t say.

To think of the horrors committed against Christians all over the globe in the past decade for the crime of loving Christ. I also think in turn of the bravery and faith of so many Christians to persevere in the faith in the face of violence.

The husband of a female preacher hacked to the death in Abuja has shed more light into the gruesome murder of the 42 year-old mother of seven, Mrs. Eunice Elisha, the wife of a Redeemed Pastor who was murdered in cold blood in the early hour of Saturday July 9th by suspected Muslim fanatics while evangelizing around Gbazango and Pipeline area of Kubwa, a satellite town in Nigeria’s Federal Capital Territory, Abuja.

Eunice, who was a deaconess at the Divine Touch Parish of the Redeemed Christian Church of God, Old NEPA Road, Phase 4, Kubwa, was reportedly beheaded and stabbed in the stomach and leg by her killers, but a statement by the police has already debunked that claim.

It was learnt that her killers left her in the pool of her blood and carefully put her “severed head on her Bible, with megaphone and cell phone beside her dead body” but the Commissioner of Police in a statement said her body was intact.

Her death body was discovered by the residents who alerted the police and evacuated her to the police station where her husband went to identify her. The husband of the deceased, Pastor Olawale Elisha while narrating the blow-by-blow account of the incident to journalists when the wife of Vice President, Dolapo Osinbajo paid a condolence visit, said that his wife had gone out to preach in the neighbourhood at about 5 am only for him to hear the report of her murder.

According to him, “She goes out every morning for “Morning Cry” (Evangelism), which means when she wakes up in the morning, she takes her megaphone and preaches around the neighborhood.

“On Saturday she went out the same time, around 6:30 am, two of my children used to go out to play football at a field close to the house, but my children came back and told me that they heard some footballers saying that a woman preaching this morning was killed, and her megaphone was still there, that they cut her head and her legs.”

“I told my children that it couldn’t be their mother, but they insisted we should go there and check, I put on my clothes and went there when we got there, we didn’t see anybody, they had even covered her blood with sand.”

“However, a policeman confirmed to me that such incident happened, and the remains of the woman had been taken to Phase 4 Police Station, Kubwa.

“I rushed to my house and drove to the police station with two of my children, and at the entrance of the station I saw a pickup van coming out, inside it I saw the lifeless body of my wife at the back of the pickup Van, at this point, my children and I burst into tears.”

Methinks this is going to be a particularly rough patch for Christians globally. Buckle up. Better yet, hit your knees. From here on out, it’s getting bumpy.