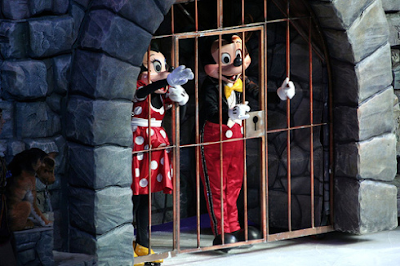 You just can’t trust anyone anymore.

Police in Madrid said they had detained two pickpockets who used Minnie Mouse disguises to steal from unsuspecting people they posed for photos with in the city’s famous Puerta del Sol.

The pair were found with more than €8,000 (£7,000) in cash on them when they were caught by police.
An Iranian tourist raised the alarm after realising that her wallet with €1,000 has gone missing after having a selfie taken with the two Minnies.

Her description of the two thieves, who were quite conspicuous, meant they were found extremely quickly

I’d expect this from Scrooge McDuck but not Minnie. Never Minnie.