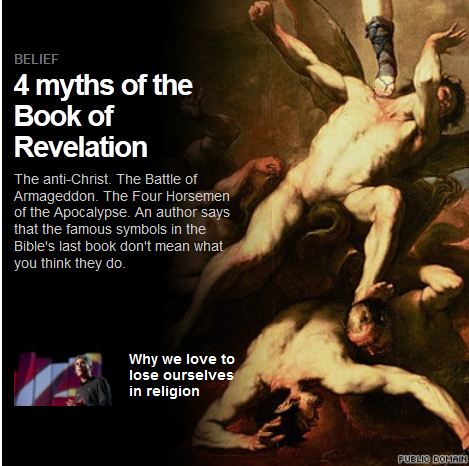 Every year during Holy Week the mainstream media conducts its own special ritual called the anti-Christian hit piece.

The formula goes like this. Find some author who says that everything that Christians believe and hold dear is a lie. Report all his/her assertions as if they are fact without bothering to address the mountains of scholarly work over centuries that contradict his/her primary assertions.

Some years it the “Real Jesus” or the “Real Mary” or the “Real Bible,” but the purpose is always the same. Everything you believe is a lie. Happy Easter.

This year, CNN begins the annual dance with this Palm Sunday lede.

This year’s entry is 4 myths of the Book of Revelation. I was intrigued by the title since the book of Revelation is often misunderstood, but alas and alack. Same ol’, same ol’.

So there you go. I have to go now so I can question how I have been so foolish all these years.