Custody Of The Eyes, Ninja Style 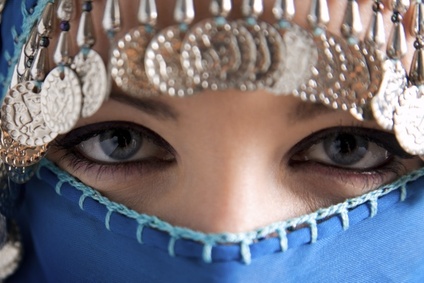 If you outlaw hot chicks, you only turn hot chicks into outlaws. Or something…

An Iranian cleric walking down the street scolded a woman for not covering up enough!

She told him to mind his own bizness. When he repeated himself, she repeated her foot upside his head.

An Iranian cleric said he was beaten by a woman in the northern province of Semnan after giving her a warning for being “badly covered,” the state-run Mehr news agency reported.

Hojatoleslam Ali Beheshti said he encountered the woman in the street while on his way to the mosque in the town of Shahmirzad, and asked her to cover herself up, to which she replied “you, cover your eyes,” according to Mehr. The cleric repeated his warning, which he said prompted her to insult and push him.
Enlarge image Iran Cleric Pummeled by ‘Badly Covered’ Woman After Warning Her

“I fell on my back on the floor,” Beheshti said in the report. “I don’t know what happened after that, all I could feel was the kicks of this woman who was insulting me and attacking me.”