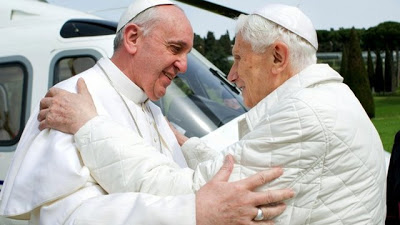 [BBC News] Newly elected Pope Francis has met his predecessor for lunch, the first time such a meeting has been possible for more than 600 years.

Pope Francis was flown by helicopter to Castel Gandolfo for the private lunch with Pope Emeritus Benedict.

Benedict has lived at the lakeside castle south of Rome since last month, when he became the first pope in six centuries to resign, citing ill health.

What is with everyone wearing white before Memorial Day?