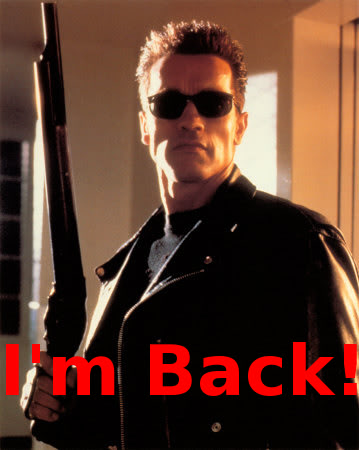 We just gave CMR a simplicity makeover updating our from our totally awesome 2009 blog template. We are doing this because we are making a renewed commitment to this site. I have for a few years confined most of my commentary to small social media posts. But I have decided to return to some blogging, in part because I know that social media is inhospitable to Catholic thought and our outlet there has a short lifespan.

So I will return to posting on this site. What I will not be doing is daily running commentary on the disaster. I feel like I did my part back in the early days when I took heat for being among the first to the party and got the boot from my other Catholic gig. Now everybody knows the deal and there are plenty of good people doing that job now. Interestingly, it is some of the same people who gave me the heat back then doing the hard work now. Good for them. But I am not going to be doing that anymore, but my motivation is the same.

Back then, I was mostly interested in letting people know what I thought was coming. With the synods and the documents and such. I have a speech I wrote back then about what was coming and, well, nailed it. Not because I am some super genius, but because I know their playbook. So while I won’t be doing the daily commentary on the disaster, I do have some thoughts about what comes next. I will be sharing those thoughts in a series of upcoming posts.

I will also be writing about some Catholic topics that I think get short shrift about which I have an abiding interest. I will be sharing those thoughts as well. Then we’ll see where it goes from there.

My sincere thanks to my brother Matt for keeping this site going the last 2 years in my absence, but now that I am back I am quite sure it will be more interesting.