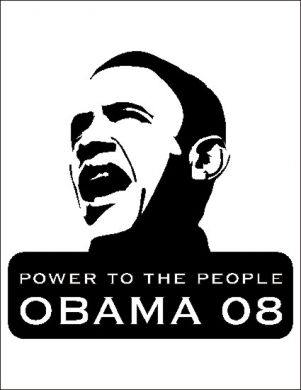 More from the Barack “Most- Radical- Serious-Candidate-to-Ever- Run- For- President” Obama:

“I don’t think it [a same-sex union] should be called marriage, but I think that it is a legal right that they should have that is recognized by the state,” said Obama. “If people find that controversial then I would just refer them to the Sermon on the Mount, which I think is, in my mind, for my faith, more central than an obscure passage in Romans.” St. Paul’s Epistle to the Romans condemns homosexual acts as unnatural and sinful.

The Christian News Service commentary speaks for itself: “The Sermon, recorded in the Gospel of Matthew, includes the Lord’s Prayer, the Beatitudes, an endorsement of scriptural moral commandments (‘anyone who breaks one of the least of these commandments and teaches others to do the same will be called least in the kingdom of heaven’), and condemnations of murder, divorce and adultery. It also includes a warning: ‘Watch out for false prophets. They come to you in sheep’s clothing, but inwardly they are ferocious wolves.'”

Its one thing to have an anti-Christian political agenda. It’s quite another the use Jesus Christ as your authority.