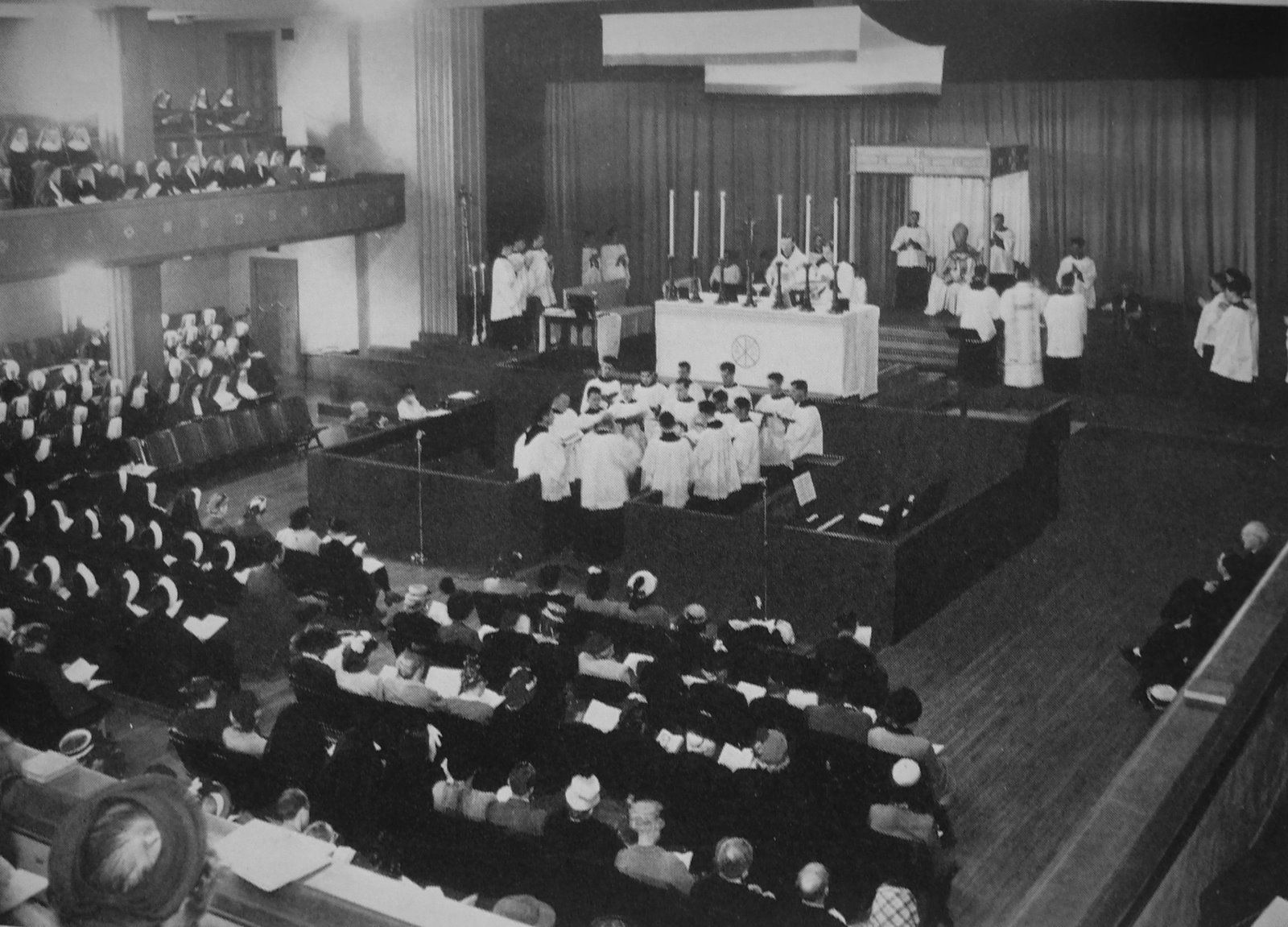 Our friends at the New Liturgical Movement have done a great service in bringing photos of the the newly-rediscovered “Benedictine” arrangement of altar candles and crucifix to the fore. Pope Benedict is rightly given credit for the revival of this arrangement which had its original inspiration in the Liturgical Movement before the Council. I recently ran across these pictures from the Mass offered at the 1947 National Liturgical Week in Portland, Oregon which give some roots to today’s newly flowering altar arrangement.

The proceedings from the Liturgical Week explain that the “Holy Sacrifice was celebrated in the same hall as in which the speaking sessions took place,” which appears to be a school auditorium. However, the proceedings state, “the arrangements in the hall were planned and executed with splendid taste and rubrical exactness.” It says nothing about the celebration happening versus populum, despite the obviousness of that fact.

Interesting to notice here is that even though the arrangement is clearly temporary, it follows the precedent of many of the Roman basilicas. Though the offering happens “facing the people” the altar is raised up on the stage, keeping it dominant, then raised again on three steps as the rubrics specified at the time. The choir, while taken down from a loft, is wearing liturgical dress and is down low, not challenging the visual primacy of the altar. The “Benedictine” arrangement is simply the old ad orientem arrangement turned around 180 degrees. A simple tester is provided by the hanging fabric over the altar. The cross and candles give the screen-like effect of letting people know that the Mass is not said to them, but in a way that they can see the ritual action. Here we see the Mass offered ad Deum, even as the altar is turned versus populum. Here we learn that many of the reforms which the Liturgical Movement leaders presented to the Council fathers were intended to be made with a hermeneutic of reform in mind, as Pope Benedict has reminded us, not in a hermeneutic of discontinuity, as was often the case in actual practice.