What’s A Little Sacrilege Among Friends? 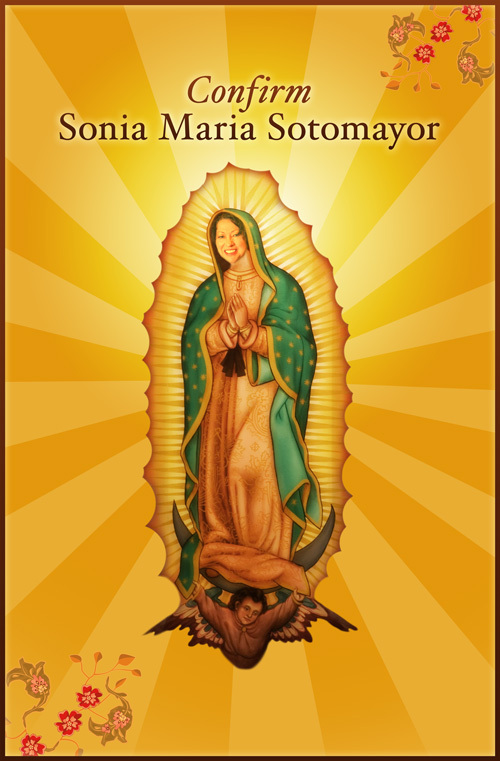 First we had to endure months and months of carefully constructed messianic imagery of Barack Obama. That was bad.

Then we had Obama thumbing his nose at faithful Catholics and the unborn with the assistance of the a turncoat and sycophantic university administration, accepting honors with his disingenuous speech from a leading “catholic” institution. That was worse.

Just last week we had to endure Kathleen Kennedy-Townsend suggesting that the Pope could learn a thing or two on how to be a good Catholic from the most pro-abortion (and pro infanticide) president ever. That was worser.

But this might be the straw that broke the little nativity scene camel’s back. From Redstate:

Felix Sanchez, the Chief Executive Officer of TerraCom, a government and public relations firm in Washington, DC and Chairman of the National Hispanic Foundation for the Arts has decided that Sotomayor is the second coming of the Virgin Mary. Sanchez has updated his Twitter feed (screencap here, in case it disappears from Twitter) to use a Photoshopped image of Mary with Sotomayor’s face.

It might be me, but I am beginning to think that this administration and Democrats in general do not take Catholics seriously.