Dawn Of The Dead – A Test For Sen. Brown 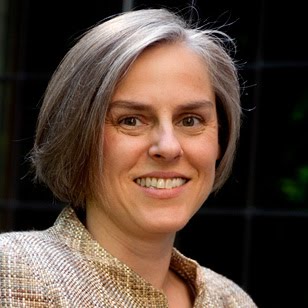 Just in time for the anniversary of Roe v. Wade and the March for Life, President Obama has re-nominated a virulently pro-abortion woman to a critical job at the Justice Department. Her nomination may result in the first big test for Senator Scott Brown.

Dawn Johnsen, a law professor at Indiana University, and former legal counsel for Naral is radically pro-abortion. Some supporters of the “right to choose” suggest that nobody is really pro-abortion. Dawn Johnsen gives proof to the lie. She favors abortion to such a degree that she rejects any formulation that suggests that abortion is a tragedy. She has called women “fetal containers” and has compared pregnancy with slavery. She denies that there is such a procedure as partial birth abortion and if there was, she would be for it. She single-handedly wrote all the key executive orders that Bill Clinton signed within days of taking office that unleashed funds for worldwide abortions. The woman is a monster. Truly Dawn of the dead.

What is strange about this exercise is that this is a re-nomination. The woman is so radical that her nomination last year was held up by Republicans and some reasonable Democrats via filibuster. Now, President Obama has re-nominated her to the position.

Here is where things get interesting. Turncoat Arlen Specter last year did not support her nomination and supported the filibuster. However, since he is now a Democrat, he is under pressure from his left in the Pennsylvania primary from Rep. Joe Sestak. As a result, Specter last week said he will flip his vote (what a shock) to support on Johnsen, ostensibly giving the Democrats the 60th vote to break the filibuster. But that was before the election of Scott Brown.

Scott Brown, while not pro-life, opposes partial birth abortion and supports conscience clauses, so one would hope that he would stand with his fellow Republicans and oppose her nomination.

So welcome to Washington Sen. Brown, you made it here just in time to stop the Dawn of the dead. We are watching.