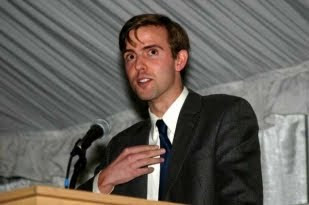 Writers for the NY Post are, shall we say, a special breed. When one is used to seeing the NY Post it takes more than a ribald headline or a lewd lede to jolt. But perhaps this will do it…

“John Wilson, a columnist and editorial writer for the New York Post, is hanging up his pen and pad for some priestly vestments.”

You read that right. An editorial writer for the funnest newspaper in town is heading up the Hudson to Dunwoodie (St. Joseph’s Seminary) in Yonkers to study for the priesthood.

Wilson, 25, has been on the editorial board since graduating from Claremont McKenna College in California a few years ago.

Beyond sitting on the editorial board, Wilson has authored some columns for the Post as well and his faith formation comes through loud and clear.

Forty years ago today, New York became the first state in the US where abortion was broadly legal. Since then, New York City has become the nation’s undisputed abortion capital, with an overwhelmingly pro-choice political establishment — and an abortion rate that’s three times the national average.

Of his time at the NY Post Wilson said:

“I definitely grew fond of tabloid journalism as such,” he says. “I had a great time and I think I was able to do some meaningful work there.”

He added that the Post‘s reputation for racy headlines and occasionally bawdy humor had little to do with his decision to seek a life of celibacy and the spirit, and said he was able to infuse a little bit of the sacred into his work there.

“The phrase you hear a lot of in priestly circles is ‘Comfort the afflicted, and afflict the comfortable,'” he said. “At the very least I hope I’ve managed to afflict some powerful and comfortable people at the Post.”

Good Luck to young Mr. Wilson. May God bless on his journey to the priesthood.