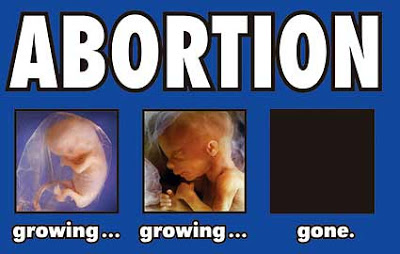 Score this as one for the good guys and a victory for free speech!

In the immortal words of Edna Mode: Go! Confront the problem. Fight! Win!

FRESNO, Calif. — In a victory for pro-life speech in public school, a federal court entered a judgment Thursday against a California elementary school and three school officials for violating the First, Fourth, and Fourteenth Amendment rights of a 6th grade student who wore a T-shirt opposing abortion.

“This judgment represents a victory for the right to speak out against abortion,” said Becker. “Public school students are not forbidden from proclaiming the value of life under the First Amendment. The school has done the right thing by avoiding a trial and allowing a judgment to be entered in favor of this student on all claims. All Americans, no matter their age, are free to exercise their constitutional right to speak out against the barbarism of on-demand abortion, and that includes public school students who do so in a non-disruptive manner.”

On April 29, 2008, Amador wore a shirt sponsored by the American Life League, an organization opposed to abortion and that annually sponsors a National Pro-Life T-shirt Week. The shirt, which was given to her by her church, prominently featured the word “ABORTION” over a series of panels, two of which depicted endoscopic pictures of a baby developing in the womb and the third filled in with black. The caption read, “growing…growing…gone.” Amador testified in the case that she wore the shirt to school because she wanted other students to known that “abortion is wrong.”

The school claimed the images of the baby were “disruptive” to the school environment because of their “graphic nature” but could not explain what made them so graphic that they would have caused any disruption, much less a substantial one, as the U.S. Supreme Court has held is required before a school can infringe upon a student’s expressive rights.

In addition to claiming that her First Amendment right of expression was violated, Amador, who has since graduated from the 8th grade, alleged in the lawsuit that her Fourth Amendment right to be free from unreasonable search and seizure was violated when the school’s secretary forcefully pulled her into the principal’s office because of her T-shirt.

“Public school employees work for the government,” Becker said. “Any time a school official uses physical force to suppress non-disruptive student expression, the government has gone way too far in enforcing its own political views.”

The lawsuit also sought vindication of Amador’s 14th Amendment right of equal protection. The judgment was entered on all claims.