Alec Baldwin Wants To Be My Congressman! 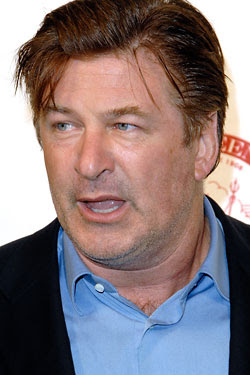 Have you heard about a broken glass election?

A broken glass election connotes an electorate so fired up to vote that they would crawl over broken glass in order to vote.

Well, if this guys runs for Congress in my district, it will be a crawl over broken glass into a shark tank (with laser beams) over a mile long bed of hot coals through the land of Mordor to Mt. Doom election. (ht Hotair)

The network is quoting sources close to actor Alec Baldwin as saying he intends to challenge Randy Altschuler of New York for Congress in two years if the Republican candidate ends up winning the House seat currently occupied by Rep. Tim Bishop, D-N.Y. The Altschuler-Bishop race is one of a handful still deemed too close to call; the most recent count shows Bishop, a four-term incumbent, trailing by less than 400 votes.

Baldwin is no stranger to politics. He has been both criticized and acclaimed for his outspoken support of the Democratic Party (he donated $2,000 to Bishop’s campaign this year), and in an interview with CNN last year, revealed his interest in running for public office.

“The desire is there; that’s one component,” he said. “The other component is opportunity.”

As of right now, it appears that Altschuler is in the lead pending absentee ballots.

If this nutball runs for Congress in my district I vow right here and now to call his campaign office every day and scream the following voicemail.

Broken glass election doesn’t even begin to cut it.