Cracked Crosses and Broken Angels at BC 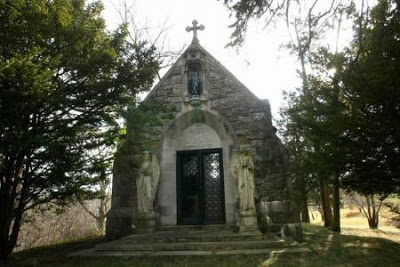 Boston Catholic Insider reports on some seemingly awful work done by crews hired by either Boston College or the Archdiocese to demolish the chapel of the Blessed Virgin Mary which had held the remains of the late Cardinal O’Connell.

BCI has pictures which, according to them, shows “clear evidence of disrespect shown for these sacred statues and objects by those responsible for removing the chapel.”

First, here’s the before picture:

And these are some examples of what took place:

This seems pretty shoddy and careless. And I’m sorry to see that it took place, whoever is at fault.

Note: You can read more about it at BCI.