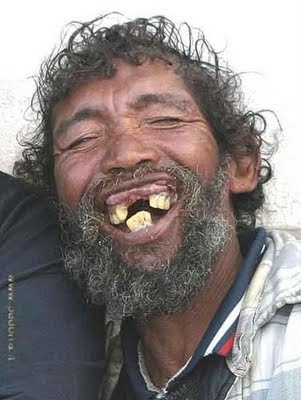 Boy, in addition to being really stupid, the editorial staff at the NY Times must be really ugly as well if they print this nonsense.

Writing in the Times, Daniel S. Hamermesh, a professor of economics at the University of Texas, Austin, and the author of “Beauty Pays,” advocates for treating ugly people as a discriminated class.

How could we remedy this injustice? With all the gains to being good-looking, you would think that more people would get plastic surgery or makeovers to improve their looks. Many of us do all those things, but as studies have shown, such refinements make only small differences in our beauty. All that spending may make us feel better, but it doesn’t help us much in getting a better job or a more desirable mate.

A more radical solution may be needed: why not offer legal protections to the ugly, as we do with racial, ethnic and religious minorities, women and handicapped individuals?

We actually already do offer such protections in a few places, including in some jurisdictions in California, and in the District of Columbia, where discriminatory treatment based on looks in hiring, promotions, housing and other areas is prohibited. Ugliness could be protected generally in the United States by small extensions of the Americans With Disabilities Act. Ugly people could be allowed to seek help from the Equal Employment Opportunity Commission and other agencies in overcoming the effects of discrimination. We could even have affirmative-action programs for the ugly.

The New York Times is clearly running an affirmative action program for the stupid.

Of course, the plight of the ugly editorial staff at the Times is of no consequence to me since I am so darn good looking.