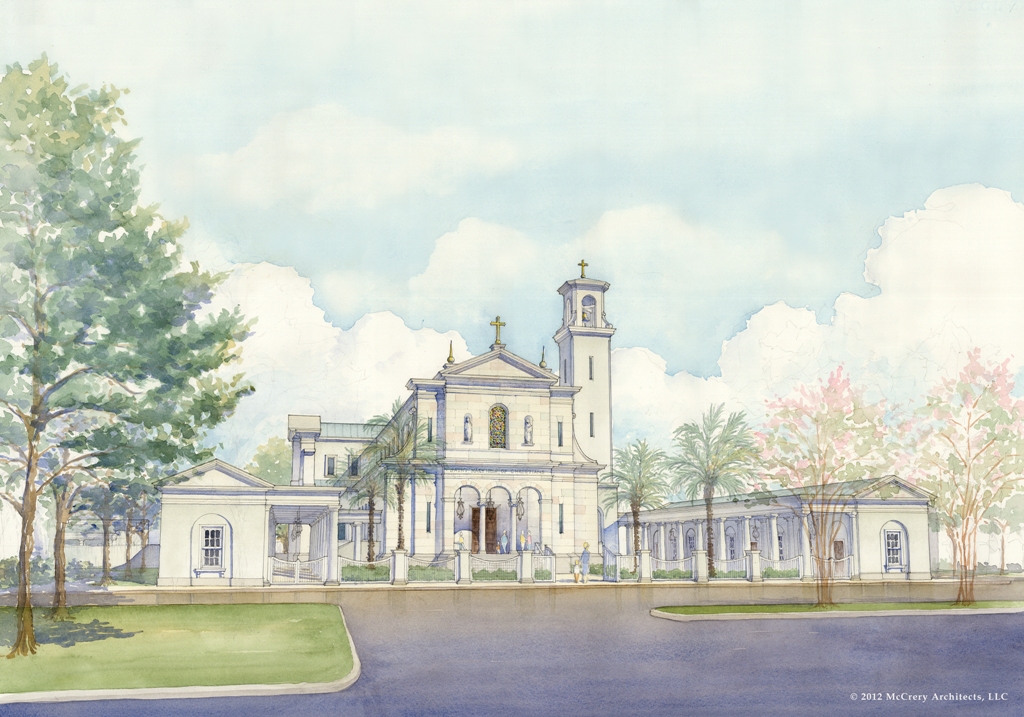 Architect James McCrery has released images his designs for St. Mary Help of Christians, a new church being planned in Aiken, South Carolina, not far from Charleston. Planned for a downtown, historic setting, the building will seat about 850 worshipers with anticipated ground breaking in 2013. McCrery is well known to CMR readers as the architect of the proposed “Mystic Monk” coffee monastery in Wyoming as well as the chapel for the Nashville Dominican sisters and the new Newman Center at the University of Nebraska at Lincoln.
An article in the local newspaper says the church will offer a nine-story tower, while the facade will be made of limestone and the remaining exterior would take up the southern tradition of genuine colored stucco. One of the great features of this church is its urban location and its embrace of the street with wings that extend forward  to create a garden courtyard. It’s very much in the Roman tradition and very much in the southern American tradition.
This church again reminds today’s Catholics that it is indeed possible even for a small parish to build a beautiful new church by a talented and properly trained classical architect. Enjoy!