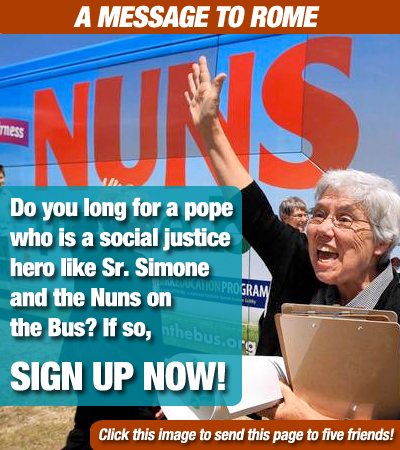 This is hilarious. Catholics United, the radically pro-abortion rights organization is attempting to use the conclave as a way of finding more supporters. In a sad attempt at a p.r. campaign, they have this graphic on their site which seems to be calling for “Sister Simone for Pope.” Yeah, that’s right. Sister Simone “Nuns on the Bus” Campbell, who said deciding the legality of abortion was “beyond my pay grade.”

So over the next day or two, Catholics United will be praying for pink smoke, I guess. I’m thinking they’re going to be very disappointed very soon.