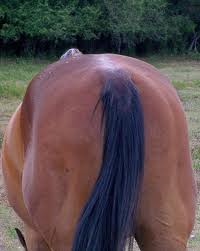 Yes. Some atheists would clearly rather have more murders if it means police working with pastors.

It seems that an atheist organization has announced that it’s intending to sue government officials in Montgomery, Alabama for creating a program that trains pastors in the community to spot crime and pastors will sometimes ride along with police to help crime victims through their difficult times.

That sounds like a good community building idea, doesn’t it? But nooooooooooooo.

Nearly 40 area clergy have completed the training, which were all recognized during a recent ceremony at Montgomery City Hall. Police chief Kevin Murphy issued diplomas to the pastors as their names were called.

“They’re going to make a difference, and they’re going to help everyone in their time of need see that change can be made,” Corporal David Hicks told those gathered.

However, once the group American Atheists of Cranford, New Jersey learned of the matter, it sent a letter to city officials demanding that they dissolve the new program.

“[A]ny plan by public officials to engage in a scheme to promote Christianity using public funds and public officials is blatantly and facially unconstitutional under the First Amendment to the Constitution of the United States, which states, ‘Congress shall make no law respecting an establishment of religion,’” the correspondence asserted.

The Freedom From Religion Foundation (FFRF) also sent a letter to city leaders, advising that residents in the state had complained about the effort. The Alabama chapter of the American Civil Liberties Union (ACLU) has requested records surrounding the program before it formulates an opinion.

Dude, even the ACLU was hanging back on this one. Do you know how loony tunes you have to be to make the ACLU want to step back from you for attacking Christians too much. That’s like Axl Rose getting kicked out of Guns and Roses kinda’ crazy.

It’s funny, nobody seemed to have a problem when the government was saying that the Department of Homeland Security should be keeping a close eye on those wacky Christians. I guess that’s ok.