Franklin Graham: If Obama Vetoes PP Defunding, He’ll Have Blood on his Hands 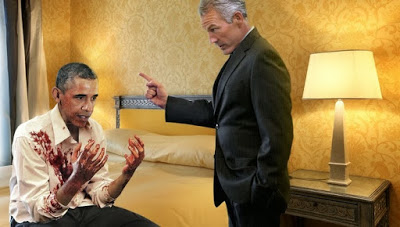 Reverend Franklin Graham, son of Billy Graham, called the House’s vote to defund Planned Parenthood “a great step.” Now, it just has to pass the Senate. If it does, however, and President Obama vetoes it, Graham says that “it will be at his own peril,” and the blood of the children “butchered at Planned Parenthood will be on his hands.”

Like that would be different from now. This is the guy who spoke out against caring for babies born alive after attempted abortions. This is the guy who said “God bless” to Planned Parenthood but omits God from the Pledge of Allegiance. A little more blood ain’t gonna’ matter to this guy.