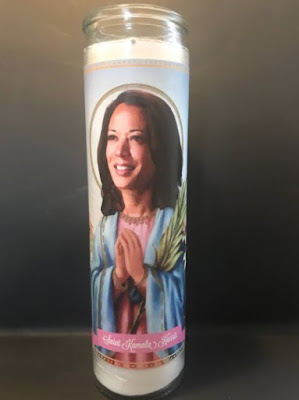 The radically pro-abortion Kamala Harris is becoming the new liberal favorite because she’s so anti-Christian and so pro-abortion that she makes Nancy Pelosi look almost sane. (Well, not really but almost!) She’s been meeting with Hillary’s donors recently as a possible 2020 presidential candidate.

So someone created this completely offensive picture for Twitter. Yeah, it’s pro-abortion Kamala Harris looking like the Virgin Mary. And that’s bad enough but it’s not exactly news that there are crazy social justice crazies out there. But then an editor for Time Magazine, Ryan Teague Beckwith, went ahead and retweeted it.

And that’s bad enough but then when called on it, he started crying that hey, he didn’t create it. He’s just passing it along.