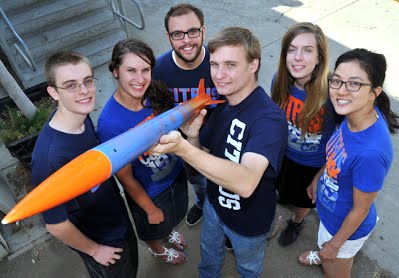 This is a pretty fascinating story that really highlights how much the “I care about you” leftists show that they really don’t give a $57@ about you and your little achievements.

A tiny rocketry club at an unknown college, Citrus College in California, earned a coveted spot at the annual NASA Student Launch competition. Wow, right? Good for them, right?

But hold on. The event is held in Alabama…and that’s where those oogedy boogedy anti-LGBT Christians are so by state law the group is prohibited from attending the competition. You see, there’s a state law banning travel to states deemed to discriminate against gay, lesbian, bisexual or transgender people. California currently bans travel to eight states in total.

Sadly, the college administration is siding with the stupid legislature which passed these ridiculous virtue signaling laws.

Citrus College released a statement saying “The College stands with the State Chancellor, the Legislature and the Governor in support of AB 1887 as a response against discrimination. …As an alternative, the Rocket Owls will be participating in a rocket competition sponsored by Friends of Amateur Rocketry/Mars Society to be held in Mojave, California.”

Yeah, that’s kinda’ not the same as a NASA competition, is it?

Thankfully, at least one professor, Math professor Paul Swatzel, has the cojones to call b.s. He’s urging the school to let the students participate if they raise their own funds to go. To back it up, he donated $500 to the cause.
“To be an undergraduate, even more a community college student, to do something like this alongside Ivy League schools and top four-year schools across the country is quite an experience,” he said.

It’ll be interesting to see where this one goes. Will the dour faced dream crushing Puritans bend and allow these students to fulfill a dream or do they wrinkle their faces and purse their holier than thou lips even more while adding states to their banned list?